Beautiful Satellite photos of four “Star Cities” show how beautiful planned symmetry can be from space. 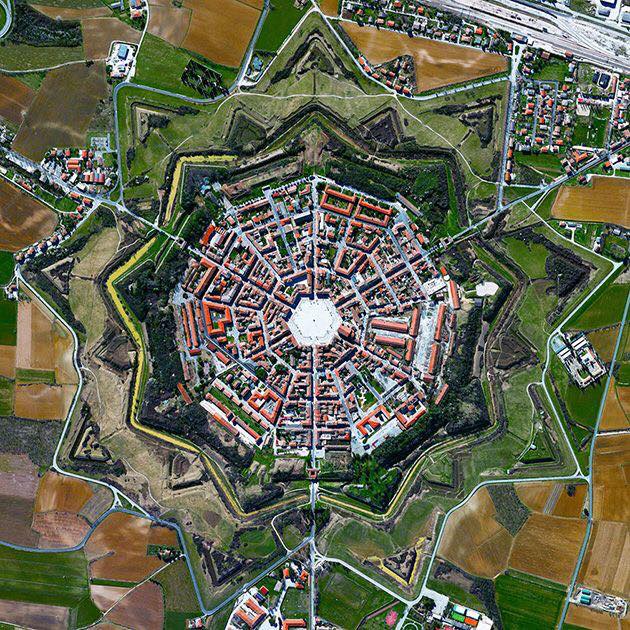 1. The town of Palmanova, Italy is recognized by its layout and is known as a star fort. This construction served the purpose of protecting the village from an attack on any wall. Any attack was defended by shooting the enemy from the star points behind. There are three separate star rings surrounding Palmanova each being completed separately in 1593, 1690, and 1813. 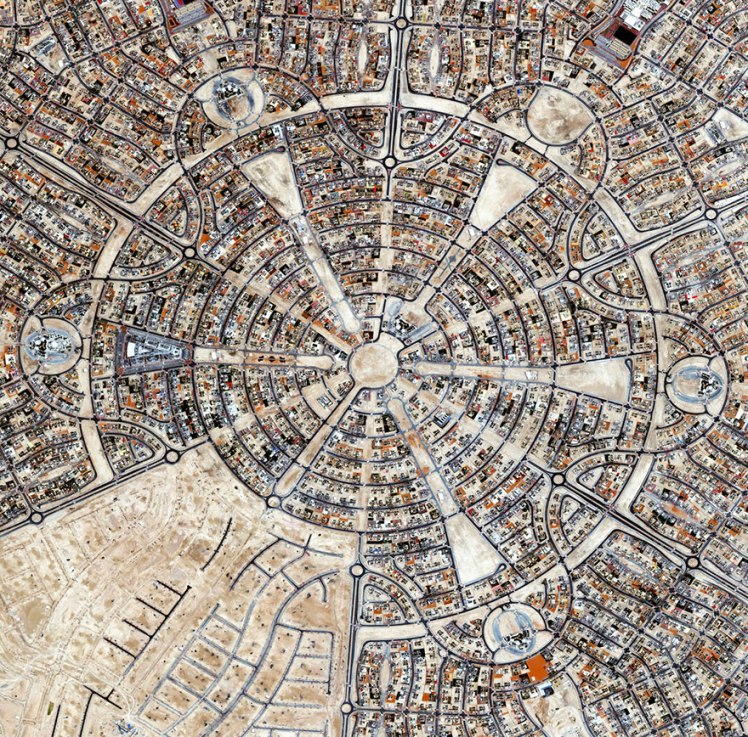 2. The Al Falah Housing Project located in Abu Dhabi, United Arab Emirates. It is a planned development with 4,857 villas and covers 12.5 million square meters. It also has mosques, schools, a shopping mall, and a hospital within its limits. 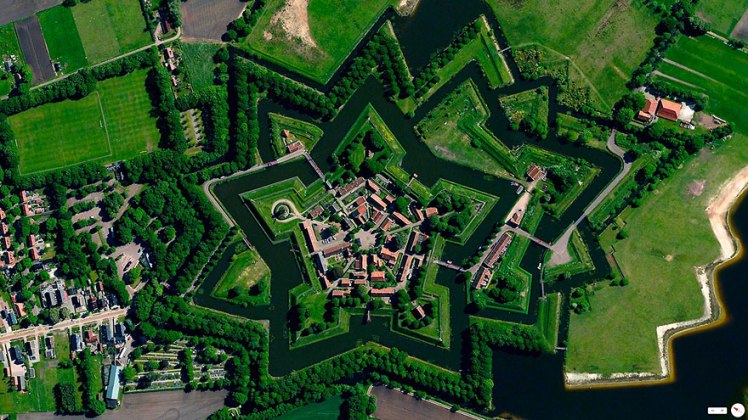 3. Bourtange is a small village with a population of 430 within the municipality of Vlagtwedde, Netherlands. This star fort was built in 1593 during the Eighty Years’ War when William I of Orange tried to take control of the only road between Germany and the city of Groningen. In 1960 Bourtange was restored to its mid-18th-century state and today is an open-air museum. 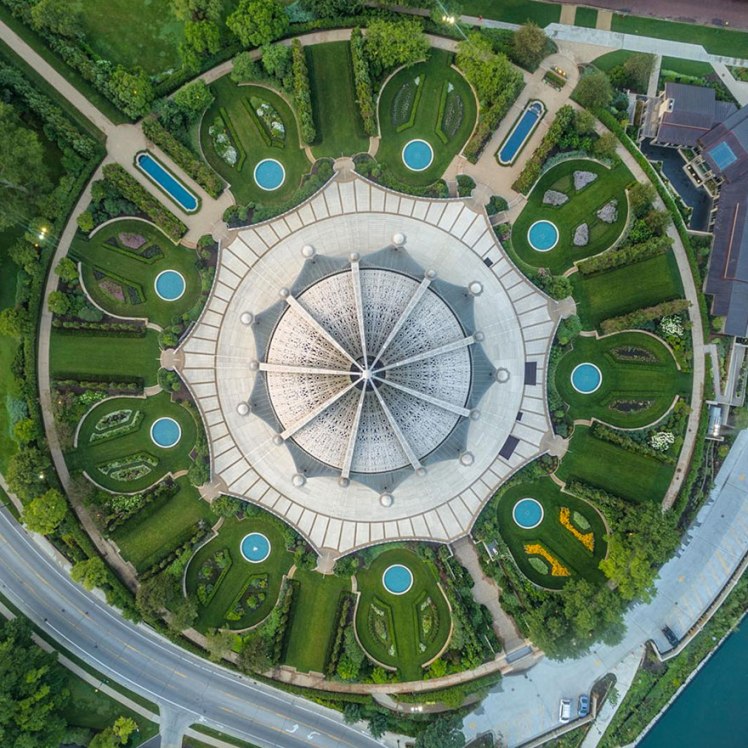 4. The Baha’i House of Worship is the oldest surviving Baha’i House of Worship in the world and is located in Wilmette, Illinois. The building has a large auditorium that seats 1,191 people. The domed structure has 138 foot-high ceiling. Many sections and parts of the complex are made up of nine parts. In the Baha’i faith the number “9” symbolizes perfection and completion.